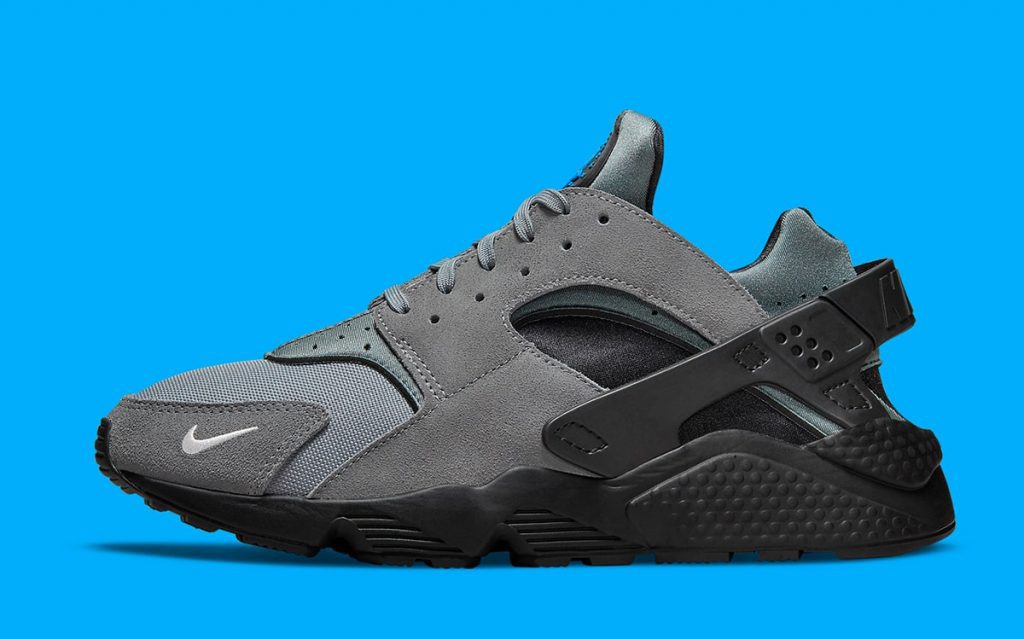 Nike’s remastered Air Huarache continues to arrive in new colors on a regular basis, even launching in a new premium format on rare occasions. Today, we have an early look at one of these styles, casting the Huarache in “Storm Grey”, coming soon.

Nike’s revival of the classic Air Huarache has taken an interesting turn in recent weeks. While the Swoosh kicked off the shoe’s thirtieth anniversary by releasing the remastered silhouette in a handful of original color schemes, they have also shown off some remixes of these original styles, as well as plenty of new versions, like this somewhat elevated premium format we have a closer look at today. This version applies high quality suedes and nylon mesh to the Huarache’s upper, as well as adding an embroidered mini-Swoosh to the mudguard that usually acts as an indicator of a special-edition release. The is split between a black midsole and heel section a blueish-grey layers for the upper, while Laser Blue accents makeup the shoe’s Air Huarache branding.

Nike’s next premium colorway of the Air Huarache to return to shelves, the subtle “Storm Grey” edition, has not yet been announced for release, though they are likely to land at retailers sometime in the coming weeks. The new tonal pair will come with a price tag of $130, releasing from both Nike and select retailers. Check out the official images below for a better look, and stay tuned to JustFreshKicks for more Nike release news.